During recent weeks, major media outlets, including Reuters and ABC News, published stories on an Israeli research firm's production of a cannabis strain that is medicinal, yet "high-less." While some are praising the non- psychoactive cannabis, an article in the Recent News section of this HerbalEGram features input from expert sources on why high-less cannabis will not affect federal regulations, and why the psychoactive compound THC serves essential medicinal functions.

Additional stories, also available in the Recent News section below, discuss an herbal farm's recent USDA grant prize and a supplement safety website for athletes launched just in time for the 2012 Summer Olympics. 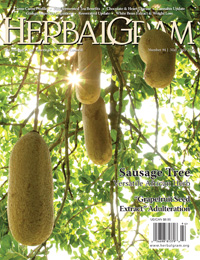 HerbalGram 94, now available online, includes an ethno-botanical and scientific review of the sausage tree of southern Africa. The issue also features a quality control report on the adulteration of commercial grapefruit seed extract with synthetic compounds. Additional articles include coverage of Procter & Gamble's purchase of New Chapter, Inc., as well as information on 2 grant-funded projects to study the therapeutic compounds of medicinal plants. 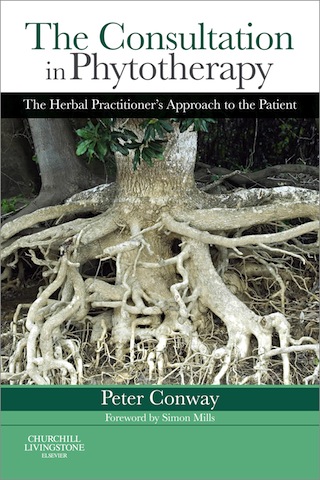 July’s featured book comes from The Consultation in Phytotherapy: The Herbal Practitioner’s Approach to the Patient by Peter Conway, and with a foreword by Simon Mills. The excerpt selected for readers of HerbalEGram includes the book’s table of contents, foreword, introduction, and Chapter 1, “Phytotherapy in Context,” which explores the history and evolution of herbal medicine practice and introduces readers to the various definitions of phytotherapy. Although the book is primarily UK-focused, it will appeal to any herbal practitioner interested in improving his or her clinical consultations.

Plants May Be Key to Diabetes Treatment. Swinburne University of Technology. 6-29-12. Australian researchers found that sandalwood and the Indian kino tree were most effective at slowing the breakdown of carbohydrates into simple sugars.

19th Century Medicine Chest Time Capsule. Daily Mail. 6-25-12. This box features 29 apothecary bottles from the early 1800s, some of which still contain remnants of preparations made from herbs like Turkey rhubarb and lavender.

Non-Timber Forest Products Failing to Meet Conservation Promise. Mongabay.com. 6-20-12. Though NTFPs, which include many medicinal plants, have the potential to support sustainable, poverty-alleviation programs, many such initiatives have failed to meet their goals.

The Rose is Making a Comeback. New York Times. 6-12-12. After several decades of being out of style, the rose is becoming an increasingly popular ingredient in perfumes, anti-wrinkle creams, and other skin care products.

Little Cognitive Benefit From Soy Supplements. Science Daily. 6-4-12. A California study on 350 post-menopausal women found that 25 grams per day of isoflavone-rich soy protein had no effect on memory or overall brain function.

The Natural Products Association (NPA) Says that the US Food and Drug Administration Offers a Distorted Picture of Supplement Safety in Chicago Tribune Story. Press release from NPA.

Is CBD the Answer? Analyzing the Role of Cannabidiol in Medicinal Cannabis. By Lindsay Stafford Mader, HEG Staff. Though current research suggests that this non-psychoactive compound in cannabis exhibits strong medicinal properties, there is also evidence that it is more effective when used in combination with the psychoactive THC.

Four Elements Herbals Receives USDA Grant for Bagging Herbal Teas. By Tyler Smith, HEG Staff. This small family farm in Wisconsin is using the $300,000 from a USDA grant to hire additional staff and expand the market for its bagged herbal teas, which are prepared from fresh herbs grown on site.

US Anti-Doping Agency Launches 'Supplement 411' Web Resource for Athletes. By Tyler Smith, HEG Staff. USADA's new website aims to inform athletes of the potential consequences of taking some possibly tainted dietary supplements, such as failed drug tests, as well as to educate them on how to choose reliable products.

Report on the Third Annual Conference of the American Council for Medicinally Active Plants. By Steven Foster, Guest Contributor. Author and photographer Steven Foster discusses presentations and lecture topics at the recent conference of this nonprofit organization.